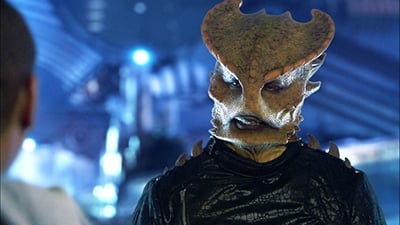 When an old enemy, Androvax the Veil, returns to Earth asking for help, the gang face a dilemma – should they trust him? Or does the legendary Vault hold an even greater terror? But a second threat arises, when android guardians threaten to destroy anyone who uncovers their secrets. As the battle between Sarah Jane, Androvax and the androids reaches its climax, Rani has to save her own mother from being caught in the crossfire. But as the Vault opens the destiny of the entire Veil species is at stake. Is it too late to save them?